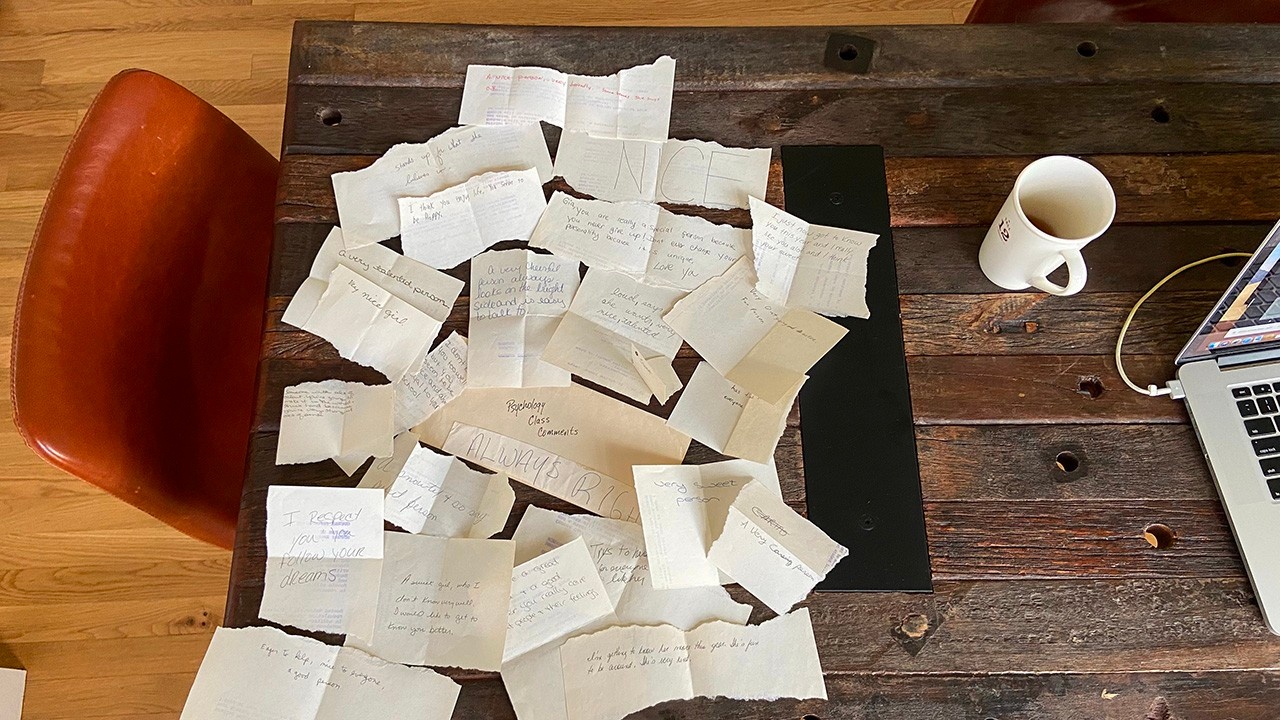 Picture me in my Catholic school uniform, a junior in high school, terrified, smiling nervously, sitting on a stool in front of my Psychology class.  The room is filled with Juniors and Seniors and a diabolical teacher who randomly chooses a student each week to suffer through this exercise.  As I sit there, the students write on the backs of ripped sheets of ditto paper.  They have permission to judge me.  They are asked to write their thoughts about me… anonymously… and place them in the envelope that is being passed back through the rows.  When the envelope reaches the last student, it is handed to me and I have to read them aloud.  The envelope shakes in my hands.  I am sweating.  I am begging the faces in front of me to be kind. I open the first folded slip, then the next and the next… below is a list of all the comments I received (typed exactly as written).

What do you imagine was my overall feeling about this review?  I’ll tell you… I felt AWFUL.  I almost threw up.  I was 16 years old.  A couple of people in this class obviously didn’t like me.  This was the worst news.  What is WRONG with me? What do I need to fix?  Who are they?  I have a feeling I know who one of them is – by the handwriting and obvious lack of intelligence.  But who is this other one?  Who thinks I ‘try hard’ for everyone to like me? That’s so mean! I was SO ANGRY.  I sat back at my desk fighting back tears.  Phillip in front of me asked,

“What’s wrong? Everyone loves you. That was a great stack of comments!”

“Yes!” he said as he giggled at my ridiculousness.  “Why are you so upset?”

“Because everyone hates me!”

“What are you talking about? you got a couple of not so nice comments, so what?  Not everyone is going to like you, Gia.”

WELL THIS WAS NEWS TO ME!  “I think I can get them to like me if I just knew who they were!”

“Why would you want to do that? So what if they don’t like you?”

“Well, if they don’t like me, I must be doing something wrong.  I just have to know what it is so I can fix it.”

“You can’t fix yourself enough for every person to like you… it’s impossible.  Everyone likes different kinds of people.”

“I’m going for universally likeable. I can’t have this.”

“You’re going to have a miserable life if that’s your goal.”

The notion of accepting as fact that it was impossible for everyone to like me was honestly unthinkable before this day in high school.  A little crack opened up that day though, and a little light started to shine in.  I hated the feelings I was experiencing.  When we are separated from our herd, singled out, targeted, vulnerable, judged… it’s terrifying.  Our brains send out flight signals and the alarm bells of danger sound off.  This is actually why public speaking is so hard for most… because you’re up there… separated and alone.  You could be picked off by a predator.  I suffered a lot from this exercise and I was unable to focus on the many lovely compliments I received.  This was the 80’s version of troll hate in the comments on social media.

At this young age, I was not at all able to define myself to myself.  I believed about me what others said about me… and if one or two said something negative it was as if those comments were being announced over the intercom through the entire school every day during morning announcements.  What followed was an obsession with figuring out who doesn’t like me and heaping efforts to please alllll the people.  “I just want everyone to think I’m NICE!” but I wasn’t always nice, and inside, I knew that.  So, what I wanted the world to believe about me was a conflict.  I’m nice AND I’m mean.  I’m mostly mean to myself, but I have mean thoughts and sometimes I say mean things.  I never wrote any mean comments on the ripped sheets of paper for my classmates on the stool, because I didn’t enjoy causing suffering.

The student on the stool had to write what they think of themselves, and I wrote: ALWAYS RIGHT.  That was kinda mean. It certainly wasn’t the core of who I was at the time.  I wonder if I’d written: ‘KIND,’ would I have been able to hear all the compliments?  Was I focused on the negatives because I believed that was the REAL TRUTH of me?  The two comments that derailed me were actually, very likely, the most aligned with my inner dialogue at the time.  The constant self-criticism I endured as a young person felt necessary to keep me in line.  Beating myself up felt like the only way to success.  Feeling bad was my fuel to better myself… so I could become a ‘so say’ perfect person.  It didn’t work.  It left me constantly seeking approval outside of myself.  Phillip was right.

Yes, I kept the envelope.  I thought it might be important to me one day.  I was just talking with a friend this week about the experience and how it was the first time I had ever heard that, 'not everyone is going to like me.'  While I wasn't ready to accept it at the time, and I'd go on to try my hardest to make everyone I ever met think I was amazing... I eventually learned to face the truth.  I'm in this life with a lot of humans.  Some of them will never like me... and knowing that doesn't hurt at all anymore. These notes today don't cause a single feeling in me except compassion for the girl on the stool - who was facing a predator. Today, the woman she has become, would write really kind messages to herself.  The voice in her head matches the loving comments on the papers she ignored.

Stay connected with news and updates!

Join our mailing list to receive the latest news and updates from our team.Don't worry, your information will not be shared.

We hate SPAM. We will never sell your information, for any reason. 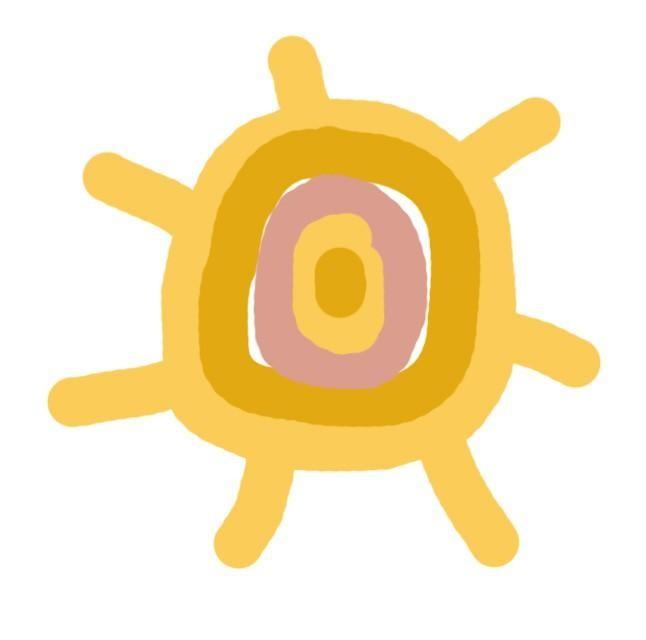 Get a little love in your inbox now and again!